Alright alright alright. Thursday the 24th and Friday the 25th of February 2022 were two dynamic, academic, fanatically fantastic days in which the NL crew got together under the watchful eyes of the great organizers Nura and Roos as well as under the wings of Sara. We had to miss out on two of our peers, Marrit and Teddy as they were stricken down by the big C and thus quarantined in their own homes. Still, the Dutch government had lifted all corona restrictions and therefore hugs and high fives were seen aplenty. People connected with each other during the lectures about (i) Development, (ii) the stakeholder power analysis assignment, (iii) the work field and experience of guest lecturers of different organizations (i.e. MoFA, Phillips Foundation, AMREF) and the (iv) multi-stakeholder platform training. But the deepening of relations happened especially when the lectures had ended and alcohol had smoothened the conversations.

Yet, all good things come to an end and now only the memory remains. To foster the notion of nostalgia, a few tangible items and particularities collected in and around the StayOkay in Soest, Utrecht can help to jot the memories later on.

On the picture, we see:
- a mug of coffee - the (second) most important potion of any goodwilling student and teacher.
- a notebook, provided by the StayOkay for noting thoughts, things to remember and to do’s
- a StayOkay pen – the Stay was Okay, but the pen is something we will keep in our bags, pockets, on our desks for eons to come
- very large play cards – for games like Toepen, Boeren Bridge, Kingzen and Bussen were essential conversation starters after the lectures
- a twig and cone of a American Den – to remember that it was still a winter with rain, hail, winds and clouds
- a flower of the Krokus – one of the first spring flowers in the Netherlands – to remember that it was also dry, sunny, warm and nice. For the Greek Mythology nerds among us: Crocus was a young man who was a companion of the god Hermes. One day, Crocus and Hermes were playing a game of discus and Hermes accidentally hit and killed his friend. Hermes was so distraught that he turned the mortal Crocus’s body into a flower. The first Crocus grew at the spot where he died, symbolizing rebirth and renewal of the body and spirit.
- a frisbee and a football – because we have to reflect and understand that in our Development sector we are actors in a playing field with rules and dynamic players, but that it is also important to have fun and play the position and game that suits you best. 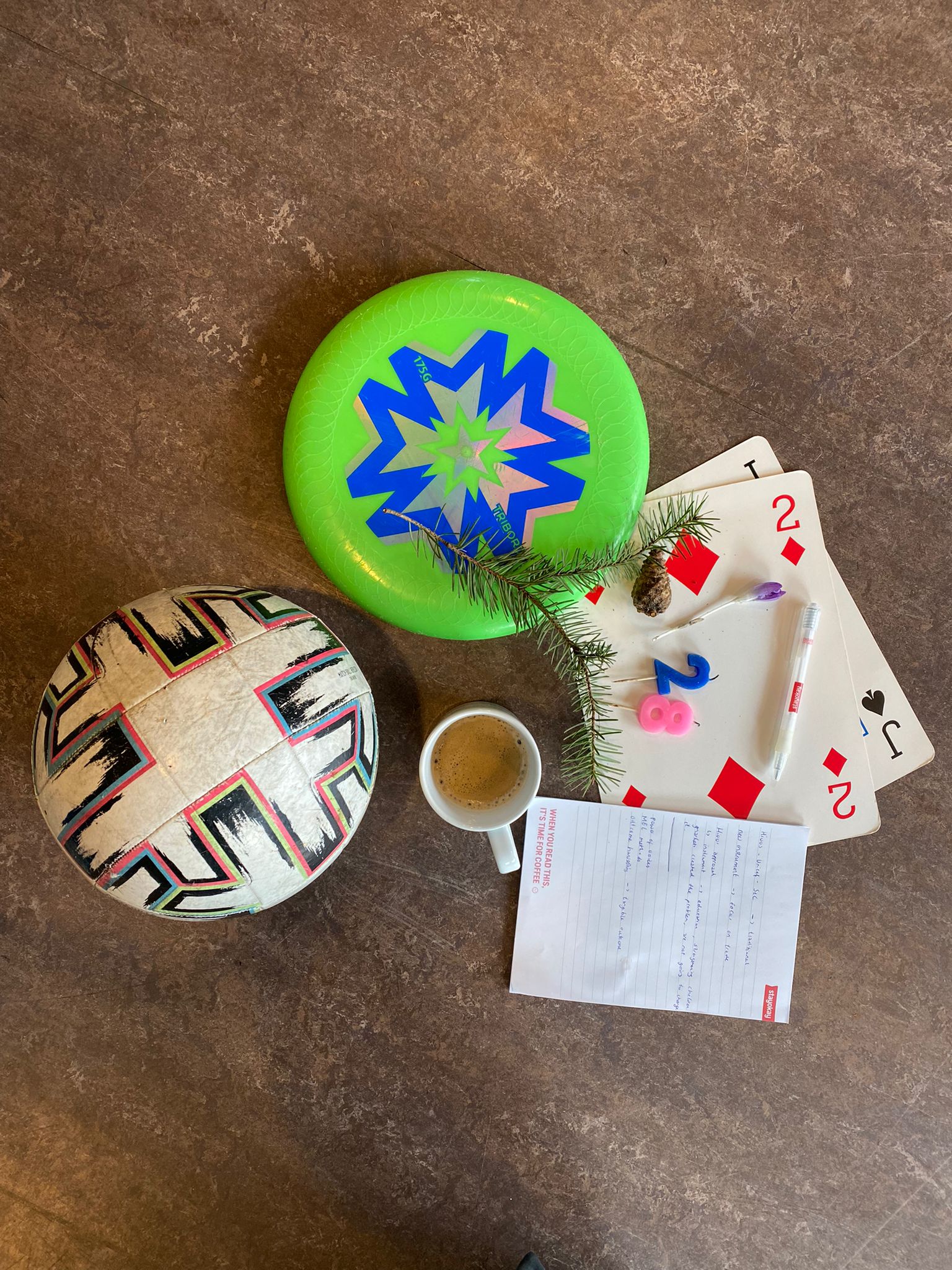