Home » Blogs » blog van Heidi Schuilenburg » There to improve: Urbanisation in the Shadow of the Formal System 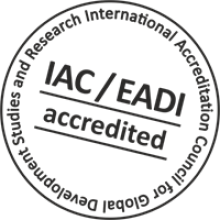 There to improve: Urbanisation in the Shadow of the Formal System

In Arabic, the word urbanisation is normally translated with tahdeer, which more literally means to make things better and stems from the word hadara, meaning civilization. This is significant, as it reveals a presupposition widely held not only within Arabic speaking countries, but all over the world. Urbanisation is often understood as a symptom of progress; as something to strive towards. At this point, a number of questions pop up. What exactly is urbanisation? Is it really a process that makes things better for the people involved in it? And could the concepts employed by academics who study trends of urbanisation have some value in understanding international development more generally?

When we look into statistics about urbanisation processes worldwide, we immediately stumble upon difficulties to answer the first of these three questions. Different actors employ different definitions of a city, or prefer to use different concepts altogether, like urban agglomeration, urban space, or city proper with various criteria to assess which populated areas fit into which categories. And to make things worse, some actors, like the UN for example, do not consistently make use of the same concepts and criteria when collecting data across different projects (Lopez Moreno 2017). It seems that the concept of the city is a one of these “usefully ambiguous terms”, much like for example the concept of landscape (Cf. Gosden and Head 1994). Let’s therefore leave the answer to this question open and satisfy ourselves with our discovery of the city’s conceptual ambiguity.

Proceeding to our second question. Is urbanisation a process that makes things better for the people involved in it? Unfortunately, urban areas worldwide face a plethora of problems, for example with regard to infrastructure, transportation, water management and gentrification, just to name a few. The writers of this blog post are no experts in urbanisation, but it seems that generally, the bigger a city gets, the harder it becomes to tackle these issues. Especially in the Global South, municipalities often lack capacity to implement solutions and therefore turn towards NGOs, consultancies and various bilaterals and multilaterals for support in the realization of urban development projects. We therefore feel relatively confident to answer our second question with a sound “No, not necessarily”.

The fact that municipalities in the Global South often have limited capacity for urban development is perhaps the reason why a phenomenon called transversal logic pops up so regularly. Let’s consider this phenomenon then, while moving on to our third question. Many cities around the world are constructed by their own residents, who do not only build their own houses, but sometimes even their entire neighbourhoods. During this process, they interact with governmental actors, but in a manner that typically escapes the logics and frameworks of official planning (Caldeira 2016). These neighbourhoods often unnerve official logics, like those of legal property, formal labour, state regulation or market capitalism. Transversal logics generally do not contest official logics however. They interact with them in complex ways, resulting in situations in which residents become the main agents of the development of the spaces they inhabit and the regulatory, legislative, planning and policing activities of government actors become not so much creations, but modifications of social realities that are already there (Caldeira 2016).

Since governance systems often lag behind reality and the needs of different stakeholders in urban development projects, activities that follow transversal logics can and often succeed in finding solutions in cheap, effective and innovative ways. It is therefore not surprising that slums are increasingly viewed as a source of inspiration or as labs for sustainable cities of the future. During a lecture on urbanisation as part of our AMID track, we got the impression that there is increasing respect for transversal logics in development initiatives run by governing actors in cities. One fine example was given to us by VNG International from a case in Colombia, where a municipality aiming to improve its waste management considered the value of informal recyclers, instead of bringing in external private-sector solutions that would have made an existing system with over a thousand human agents obsolete. In this way, transversal logics invite us to look beyond the city as a growing management problem, and recognize the solutions that are often already put in place by the “informal” components in the shadow of the “formal” system.

Figure 1: Autoconstructed settlement in Mumbai, India. "Arial over Mumbai" by cactusbones is licensed under CC BY-NC-SA 2.0.

Although urban development is the main focus of only a part of international development cooperation efforts, it holds interesting lessons for development practitioners across the board. Urbanisation might not automatically equate with making things better, but urban landscapes are highly anthropogenic systems where constant improvement efforts do take place at increasingly intense rates, with or without the input or consent of “formal” actors. Most of us can perhaps recognize the pioneering spirit behind transversal logics as many of us work so closely with civil society, which in many contexts is seen as informal, chaotic and threatening in its strife for improvement, but which itself is also a powerhouse of innovative ideas and practices.